When she was younger, Angela Rosas ’08 (Journalism) used volunteering to escape – from school, from unavoidable circumstances, and from a low-income neighborhood that was plagued by the issues that often affect impoverished communities. But as she got older, she started to notice something alarming about the organizations at which she served. 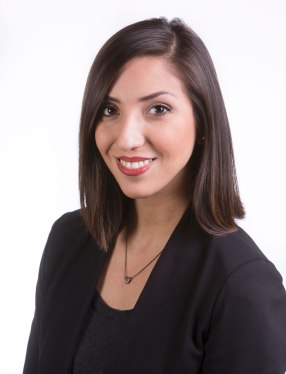 Believing it was critical that the people serving the community shared a background with and understood the experiences of those they were helping, Rosas decided to take matters into her own hands. In 2009, she started her own nonprofit, Chicas Latinas de Sacramento, which is dedicated to promoting civic engagement among Latinas and increase the number of them who volunteer in the community. What began as a meet-and-greet dinner with 15 women has grown into an organization with more than 250 members that sponsors a variety of programs, events and partnerships that serve the Sacramento region.

Rosas’ day job is as a director for Mercury Public Affairs’ Sacramento office, where she serves as a consultant for some of the firm’s largest statewide clients, including The California Endowment and California Environmental Justice Alliance. But she also has nurtured her lifelong passion for volunteering, sparked in part by her belief that, as long as she has the ability, she has no choice but to pay it forward.

“It was also a way for me to be a light for the next generation in my family,” she says. “I wanted the kids in my family to see that I was getting educated, that I was going to college, that I was volunteering and being a part of my community.”

Rosas transferred to Sacramento State after attending community college locally. She worked multiple jobs – and her father picked up extra work – to pay for tuition, which allowed her to graduate debt-free. The flexibility that the University provides students – through night or online classes, for example – as well as the accessibility of her professors and counselors were essential to her success, she says.

“Sac State, for me, was an introduction to the rest of the world,” Rosas says. “It absolutely prepared me (for life after graduation). It brought me together with people from all over. The diversity of the campus was fantastic. I felt like I was part of the community.”

Knowing she was a strong writer, she studied journalism so that she could help tell the stories of her community and Latinos in general, and after graduation began work as a multimedia reporter in Tulare County. It wasn’t long, however, before her hometown beckoned her back. She returned to Sacramento to work as a grant-writer for a nonprofit organization that provided job training for displaced farmworkers. It was during that time she founded Chicas Latinas, eventually quitting her job to focus all of her energy on the nonprofit.

As the founder and CEO of Chicas Latinas, she remains the public face of the organization, signing the checks, overseeing board meetings, and attending volunteer events when she can. But she says she is grateful for the dedicated team – all unpaid – that allows her to continue working full time and has helped the nonprofit she started continue to grow and thrive.

In addition to her work with Chicas Latinas, Rosas also is a member of Cien Amigos, an advocacy organization working for California and Mexico, and serves on the board of directors for Festival de la Familia. Her work has not gone unnoticed: She has received the Sacramento Chamber of Commerce’s 2016 Rising Estrella Award; was featured in 2015 as a “Top Latino Influencer” by Vida en el Valle; was nominated in 2014 as a “Coors Light Lideres of the Year”; named in 2012 an “Inspiring Young Latina” by Latina Magazine; and was honored at the 2011 Sacramento Women of Color Day.

The recognition can be awkward, Rosas says, and when the awards come, she dedicates them to her parents, whose constant support she says has been instrumental to her success.

“My college degree, I felt, was ultimately for them,” she says. “They still have my degree. I gave it to them because they invested in me before I knew to invest in me. I felt like they earned that degree as much as I did.”